This Wonderful Art of Caring

A girl is sitting on the train. Heading home for Christmas, travelling to meet a friend she hasn’t seen in a while, or maybe just travelling to get away. She sits there, thoughts occupied by happenings in her past, future. As most people do when they are travelling. As she sits there, she overhears two women talking from the seat row behind her. Now, not only are they talking louder than most civilized people would do on a train that catches her attention. No, it is rather what they are talking about and the manner in which they are talking. On the same seat row on the other side of the aisle sits a man of ethnic background. Clearly uncomfortable about the situation he now finds himself in, he sits up a bit restlessly and pretends to not hear them while looking out the window. She watches as the women go on, until one of them makes a remark directly towards him. He looks at the women, anger and sadness overlapping in his eyes, takes his jacket and rucksack and leaves his seat and the compartment. The women, clearly satisfied with their accomplishment, give each other a slight smile and go on talking about something else. This time in a civil manner, so no one hears them. The girl sits there, thinking about how she just sat there and did nothing.

Now, imagine being able to play this out in a theatre setting where you as an audience member get to affect the outcome of such a situation. This is what Theatre of The Oppressed is all about. As I have worked with this method before, I had some knowledge about it. To keep it short (and not bore you too much with the details); Theatre of The Oppressed was created by brazilian dramateacher and theatre-personality Augusto Boal. Developed while he was working in communities in South America, it’s primary use was using theatre as a tool for social change. It is popular today all around the world as a tool for many things, in our case we used it as a method for training in civility and non-violent communication.

The previously mentioned train situation was our exact scenario, reenacted from the experience of one of our group. Not as the one being oppressed, but the girl watching it all unfold. Now, before we started we talked about what it means to live in a civilization and what it implies, how to solve conflicts non-violently by preventing harm to yourself and others. After this we were divided into two groups of three and three and given the task of making a short 5 minute theatrical reenactment of an oppressive situation we ourselves had seen but failed to do anything about. Playing it out was great fun, as I always enjoy making theatre, but also challenging as we had to take on the roles of the oppressor and the oppressed. First we played it out for the other group once, before doing it again – only this time they were allowed to stop the play at any time they wanted and switch places with any of the actors to try and change the outcome of the situation. This allows the spectators to become “spect-actors”, being able to observe but also step in.

I’ve always found this exercise to be a great way to empower people who might usually feel oppressed and provide them with a tool to fight back – in a non-violent way. What is important to do beforehand however, is to establish a contract between all of the participants so that they understand that this is play and that once the play is over we all “remove” our characters and go back to being ourselves again. I think this is especially important to do amongst kids because they can’t always differentiate between play and everything else. One good way to do this is by going around after the exercise and “washing” the character off every person.

However, an interesting question that came up after we did the exercise was if this could empower the oppressors even more if, say, they were given the role of playing oppressor and therefore giving them a platform to continue their harassment. The concern was if this could be harmful, especially if it’s with a group we don’t fully know yet. My personal opinion is that this activity should only be used after having worked with a group for a while, or if you have been invited to do this specific activity. As long as you have gotten to know them well enough as a group – how they behave, how well they work together as a group – and you decide within your project group that it is safe. If, however, you are working with a group where bullying might occur for example, I would at least discuss it with the teacher and the coordinator before going ahead with it. If you do decide to go ahead with it, I mention again the importance of having a contract established between all the participants and that the exercise be well planned and executed. As long as the end result of the exercise is stepping in to change the outcome of an oppressive situation without resorting to violence or abuse in some way, and the contract is kept, I see this as a very good exercise. I am looking forward to do this in our project – as well as in future work! 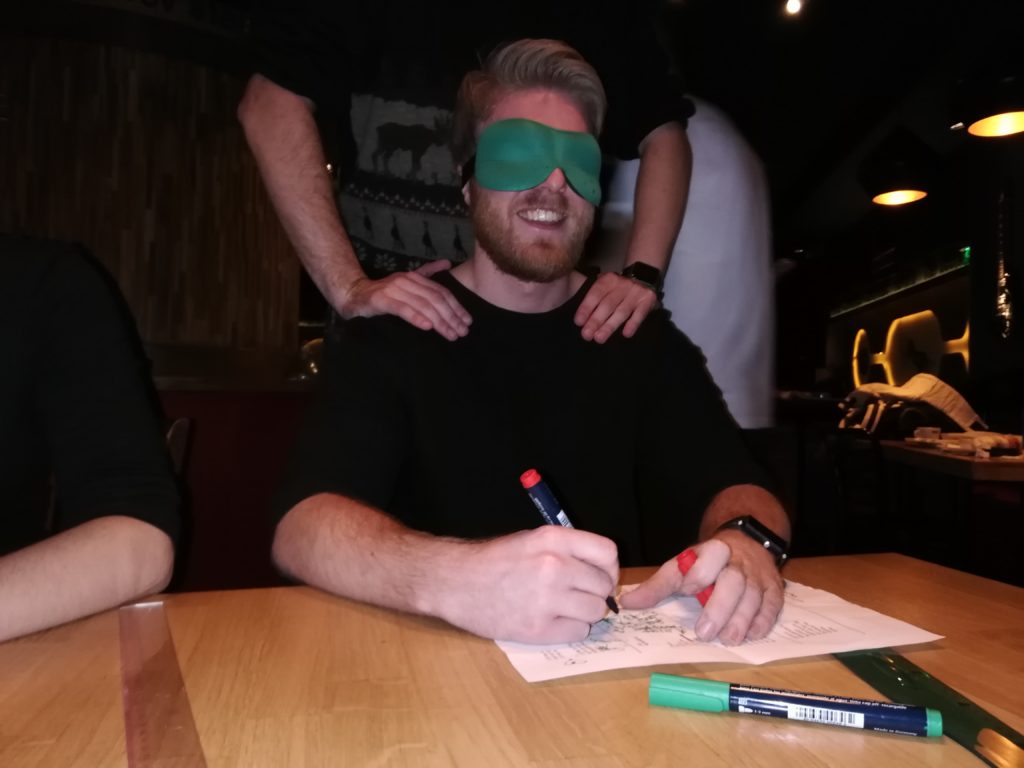