Home / International Projects / Volunteering (EVS) / They are all around you…

They are all around you… 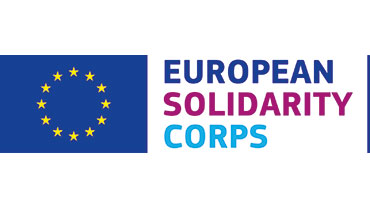 Majority of people reading this article will most probably be the citizens of the European Union. And ot is great. We often do not even appreciate how lucky we are to be born Europeans. I’ve been to Panama, met a lot of people there, I have some friends from the USA and for them it seems absolutely unthinkable that you can just go 500 kilometers left or right and you end up in a absolutely different world – new language, new folklore, different culture, religion and more. When the spring of nations came in 19th century it took some time and two World Wars for the countries to finally form their frontiers according to their ethnic territories and now it looks we are finally there. But are we? I come from Lithuania and when I am abroad I am used to be referred to as a Lithuanian – makes sense. Yet, this question is not as easy as it seems. Even though I have a Lithuanian passport and all my of ancestors have always lived here, I consider myself Polish – I am a national minority. And that is what I want to elaborate in this article – national minorities who are and have always been ethnic people of a particular territory, not the immigrants. Let’s get into it.

It is really surprising how uneducated Europeans are about national minorities. Take my example, Polish from Lithuania. Here we go, questions like “when did you move from Poland to Lithuania”, “where in Poland are you from?”, Who are you going to vote for in the upcoming Polish president elections?”. And when you say that you are, in fact, not really connected to Poland as a modern country, that you have lived in Lithuania your whole life, just like your parents, grandparents and their parents, people get confused, they get surprised why it is like that. This kind of reaction is understandable when it comes to countries that are mainly dominated by one nationality (ethnically, we are not speaking of immigrants here). What is strange and sometimes annoying are Lithuanians that are absolutely unaware of how did Poles end up in Lithuania. I have met a countless amount of Lithuanians for whom the fact of me being Polish but living my whole life in Lithuania, speaking the language fluently, voting and being an active citizen is groundbreaking, completely novel. We, as young Europeans should raise the awareness that nationality is not ethnicity. Frankly speaking, I lack a proper word in English to express what makes me Polish and what makes me Lithuanian. Nationality can mean both citizenship and the nation you belong to, so in my case, it is difficult to choose between Polish and Lithuanian, ethnicity refers more to the roots. A French person who’s grandma was Polish can be referred as a person with Polish ethnicity. I am more than that. I am Polish but I am Lithuanian, not so simple to grasp but it is what it is. Europeans must understand that countries do not really presuppose the nationality even though it’s funny to see those surprised faces that realize it only after talking to me.

Only by understanding that national minorities are real, ethnic people of these lands, we can talk about something more complex regarding rights of minorities. Throughout my short 25 years on this planet I have had several uncomfortable situations in which I was perceived as a stranger in my own country – Lithuania. It was not any kind of aggressive or xenophobic act, rather mild misunderstanding caused by ignorance or a lack of knowledge. That happens quite often in Poland. Polish citizens, especially those with right-wing ideologies, consider us, Lithuanian Polish as their lost brothers and often refer to us as “those who have been cut away from a motherland”. I cannot speak for all national minorities around Europe but I have met quite a few of people of minorities and a great deal of them do not feel like they belong to the country of the language they speak.  Yes, of course, there are certain people that want to get away and reunite with their historical motherland and they have a right and freedom to do so but the rest is entirely happy in their respective countries. Several times in my life I was called a guest in Lithuania. Even after explaining the person that the records of my family living in Vilnius (capital of Lithuania) district reaches as far as 1850s, they still stated that in Lithuania people who are not ethnically Lithuanian are guests, that they are welcome, they are citizens just as we all are but when it comes to crucial decisions it is up to Lithuanians to decide because Lithuania, as the name claims, is the state of the Lithuanian nation. This is not, by any means, a point of view of a majority of Lithuanians but you can still encounter these views once in a while. Well, you like it or not, the national minorities are just as hosts in their countries as the dominant nation.

This might spark a little (or not so little) outrage and emotions in people who have rather nationalistic views. Quite popular opinion is that if it is a national country its language, culture, traditions must be protected in the first place. But take this into account – a lady is born in a village somewhere deep in Romania, she speaks Hungarian with her family and other 50 people in the vicinity, she has a cow and a dog that are both named and trained in Hungarian. Suddenly, one day a car drives by. Lost travelers from the other part of the country knock at her door to ask for directions and she does not understand them ask they only speak Romanian. The travelers are outraged, how can you live in Romania for 80 years and do nott respect the country by learning the language. This situation actually happened to my grandma in Lithuania, she only speaks Polish and Russian and only has us and a cow, that’s all. Now, did the travelers have a point when getting offended by my grandma not speaking Lithuanian to them? No and no. Of course, we live in a country that has a national language, of course it must be learned but at the same time we must see the context. If you go deep into the region where around 80% of people are not Lithuanian and meet a person that has always lived there, never traveled anywhere and did not even hear the national language on a monthly basis, you cannot be surprised or, especially, offended by being confronted by a person who will not understand you. These people live their lives, for them the village is their world and we do not have a moral right to try to change their minds. One might believe that national minorities ask too much and are too loud about their constant needs and requests. In my opinion, a loud and needy national minority is a great asset for a whole country. Why? Because they are your citizens and if your citizens are conscious enough, strong enough to stand for themselves and voice their needs and get them to be done it means you have strong citizens and it also means these citizens are trying to make their life better in their country. Much more dangerous and worrying are the quiet national minorities such as Russians in Lithuania. There is about 6% of Russians in Lithuania but you do not really see many of them active in politics, not too many Russian public figures, sometimes you even forget that they exist. But they do, on their own. Russians in Lithuania have their own clubs, restaurants, places they go to, they watch Russian TV (transmitted from Russia), listen to Russian radio and huge part of them are not really involved in processes going on state level in Lithuania. That raises concerns. Loud national minority is a lot better than a quiet one. But this opinions of course are just opinions and might serve as a material for long discussions.

In conclusion, it is worth emphasizing that Europe is much more diverse than we actually think it is and it is very important to understand it. Minorities are solid and in some cases crucial element of every bigger society and we must notice them, acknowledge them and listen to their needs because happy minorities can actually make up a pretty decent percentage of the population. In the end, if reading this article gave you some uncomfortable feelings, if you felt that you really disagree on many points or if you get upset about the fact that minorities are just as important as you in your country, you should probably open your eyes more, look around and notice them. They are here, they will always be and they are strong. You can either oppose it or take this strength and use it as a building material to make your country better. Together.